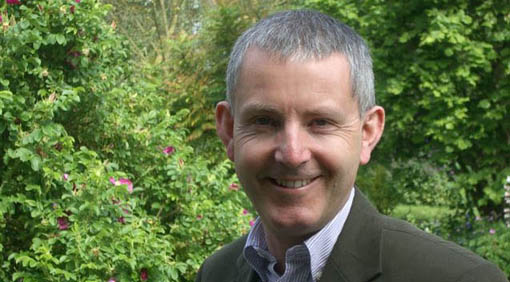 How much time do you and your colleagues give yourselves to think through the decisions, big and little, which you make all the time during your working days?

And even when you do make the time, how happy are you that the quality of your thinking is the best it could be?

You are the person best equipped to do the thinking that affects your business life, and neuroscience is beginning to prove what has been know empirically for many years.  That is that having the complete attention of another when thinking has a generative effect on that thinking.

My role is to enable you to think at your best, by offering that attention. To find out more, go to the About Coaching page, and then contact me.

About Me
What Others Say
About Coaching
Contact Me

I have been working as a business coach since 2006.  Most of my work is within the professional services sector and in agriculture.

I see my role as being to enable my clients to think at their best.  In doing that I am heavily influenced by the work of Nancy Kline.  More about her work and the Thinking Environment can be found on the Time to Think website here – and in the About Coaching section of this website.

Specific areas on which I have worked with professionals and farmers, both one to one and in groups, include: Encouraging individuals to take control of their careers by articulating what they want to achieve and then working towards doing so.

Working with leaders on clarifying goals, both for themselves and their teams, and finding the means of achieving them.

Helping partnerships describe what behaviours and qualities are needed from partners, and then using that as a measure both in assessing themselves and selecting new partners.

I am excited to have been asked by Practice Edge to collaborate with them.  They help professional services suppliers, and in particular solicitors, build a competitive edge and improve commercial performance.

I like their approach and am sure that it can make a significant difference.  As well as my experience as a solicitor, my contribution is coaching to help embed learning and the use of the Thinking Environment to improve thinking in meetings and one to one.

I am a certified Time to Think coach. I am also accredited by the European Mentoring and Coaching Council as a Senior Practitioner Coach, having been in the first cohort of coaches to achieve that accreditation. I abide by the EMCC code of ethics which can be found here… I hold an MSc in Coaching and Development from the University of Portsmouth.

Before becoming a coach, I was a solicitor for 30 years, beginning at Slaughter and May in the City of London and then moving to Mills & Reeve in Norwich.  I was a partner in Mills & Reeve for 25 years, initially doing general private tax planning, trust and property work, but for the last 15 years concentrating on the agricultural sector, primarily advising farming family businesses.

Something about me as a person

In my spare time, I read fiction and listen to music and am an active member of my local village church. I am also a keen car driver. I am a member of a number of advanced driving associations and enjoy occasional circuit racing in a Citroen 2 CV.

“I really benefited from the whole approach of coaching. You did not tell me what to think and neither did you tell me the answer to a particular problem. Instead coaching provided me with the means to think “outside the box” so that I could work out my own solution to my problem.”

“Matthew’s calm, measured and considered style is very helpful when he is coaching as it enables the person with whom he is working to have the “head space” to think about the issues and come up with their own thoughts. Just having the meeting in the diary means I am more likely to give some time to the issues we have been discussing.”

“He is very good at identifying goals and structuring action to achieve these goals. He is also very easy to talk to and puts you at ease.”

“You built immediate rapport with us. Most importantly you were (or at least appeared) genuinely interested in us individually and as a group. Your natural style was collaborative, warm and you treated us as adults. You established a peer relationship which was greatly appreciated. These key elements meant that your facilitation brought the best out of us, we genuinely appreciated your gentle prods/ steering and felt guided by someone who genuinely cared.”

“Matthew is one of those unique people who know exactly what to say at exactly the right time, and I can’t recommend him highly enough. His approach to helping people in business grow and develop is to concentrate on the individual’s personal objectives first, not simply becoming fixated on business ‘goals’. He delivers his support through sessions which focus on listening and understanding, not lecturing. This ultimately helps people to come to conclusions about the future of their business and career in their own terms, rather than being told the direction of travel they must take.”

“My coaching sessions were a great experience, as well as a good learning curve for myself. I felt your delivery was very calm, professional and encouraging. I have been able to use the experience to great effect in both my everyday and my professional status (may I also say to the benefit of others). To be able to encourage people to be able to find the answer to whatever subject matter is concerning them was uplifting and a great thought process.”

“Much to my surprise (ever the cynic) I found your sessions extremely helpful and they enabled me to change my whole approach in terms of self-promotion and agreeing my career path with the powers that be. They also made me focus on myself and my aspirations rather than simply becoming bogged down in the churn of work and failing to maximise my career and then becoming disillusioned. You were a great facilitator.”

“I found our sessions very useful in that they made me focus on practical steps to take in the short term as well as on longer term ambitions – for what previously had really been rather nebulous thoughts. Your coaching was helpful in crystallising those thoughts. I found it a very positive exercise to use you as a sounding board. I would be happy to recommend you to any new potential clients!”

“A strength is his ability to help me structure my thoughts and set some new goals. He also provides an opportunity to test ideas in a “safe” environment and to vent some spleen from time to time. He allows space and time to say things that often would be unsayable.”

“I have found Matthew to be insightful and extremely supportive. Whilst he stands at a distance, he is also kind and sympathetic, which (given that I have been a bit vulnerable) has been very helpful. Whilst he challenges, he is never judgmental. I have been able to use the time with him (and between meetings) in a way that has been positive. Most of all, I value the sense that I have been able to find my own solutions to a number of issues with Matthew’s support and guidance.”

“Very easy manner and conveys trust and empathy. He is very good at active listening.”

Coaching is a process for encouraging you to make the most of your own resources.

The coach listens to you and prompts you to find your own solution to whatever issue you choose to discuss. This might range from developing strategy for the next five years of your business; to how to deal with a colleague who is not performing; to how to organise your life so that you see your children at night as well as meeting your annual targets.

How much time is involved?

You should allow for at least three sessions of up to two hours each. These can be spaced as you choose, but typically will be between one and four weeks apart.

It would not be unusual for sessions to continue for six or twelve months, or indefinitely, depending on the range of issues involved.

You might do so personally or the organisation in which you work might. Where the organisation pays, it is important to be clear from the outset about the nature of the process and the possible outcomes.

Normally the process will begin with a meeting between you, the coach, a sponsor from the organisation, to achieve that clarity.

How confidential is what passes between coach and coachee?

Completely. It is fundamental to the process that the coach will reveal nothing of what you tell him without your permission.

What is the value of coaching?

How often does someone concentrate all his attention on you and what you are saying for up to two hours at a time? How often do you allow yourself two hours at a time to concentrate on one issue and really think it through?
Experience shows that being able to do this will often enable you to unlock simple and effective solutions to the questions with which you feel that you have been wrestling unsuccessfully for ages.

What does it cost?

Charges are normally calculated on a time basis, and the amount and timing of payments will be agreed in advance.

Where will coaching sessions take place?

Normally in a meeting room on your own premises. Alternative venues can be arranged at an extra cost.

The starting point is:

The Thinking Environment processes are aimed at enabling effective and independent thought to take place regularly and consistently.

10 components of a thinking environment

People think well when they are treated well by those with them while they are thinking.  This assertion is based partly on years of observation and partly on neuro-science.

If everyone in an organisation, or at least in a meeting, signs up to observing the 10 components, the thinking will be better than if they do not.  The 10 components are:

One person, the thinker, uses the session to think.  The other person, the thinking partner, gives generative attention.  Initially the only intervention is “what do you want to think about and what are your thoughts?”, and then “what more to do you think or feel or want to say?”

Thereafter, and if appropriate, there is a process to set a further goal and then to identify the block to the goal which is a limiting assumption, and then to frame an incisive question to remove it.

A round involves going round the table, in a meeting, and giving each person a chance to say what he or she thinks, without interruption, again observing the protocols of attention and no interruption, as well as the agreement to be succinct. 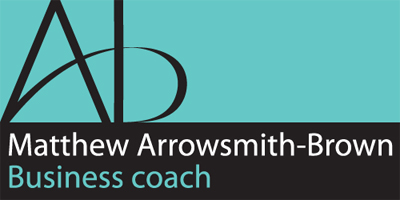